Fifteen teams participated in the new All county format for Scor Sinsir Table Quiz on Thursday 13th February past in Teconnaught GAA club, which saw both South and East Down clubs come together to compete within their representative divisions. Well done to our Mayobridge team who represented our club in the competition. Defending County Champions Burren took the South Down title by the slenderest of margins from Clonduff and Mayobridge with Glenn another point behind. The Mayobridge team were Darren Rooney, Thomas O’Hare, Peter Magee and Sean Magone. 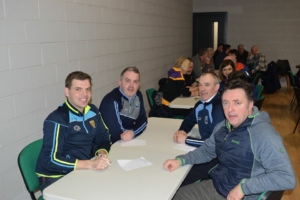 Underage Camogie training kicked off with a bang early on Saturday morning! Great fun was had by all. Delighted to see so many new faces. See you all next week and please spread the word! 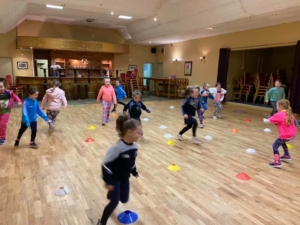 There was no winner of this week’s jackpot £11,000. There were 4 Match Three winners. Aidan O’Hare (Aidan O’Hare), Brendan Grant (House Draw), Lisa Garvey (House Draw), J.McMillan (Klubfunder).
Next week’s lotto £11,100, Monday 19th February. It could be you🤞🤞
You can buy your tickets for next week at the link below;
http://www.klubfunder.com/…/St_Patricks_GAA_Mayobridge/lotto

Final opportunity to buy Down Draw Tickets – Let’s come together, Help our Club and County. The final date for Return of Tickets is Tuesday 18th February. Please return tickets in advance of the date to assist us in the workload of preparing for the first Draw on February 25th. 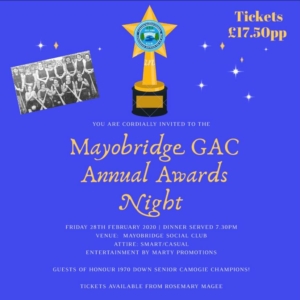 Mayobridge GAC committee and members are deeply saddened to hear of the passing of Ann Mathers, grandmother of U19 football Liam. We extend our deepest sympathies to Anns children Barry, John, Kerrie, Sinead, Majella and Donna and the extended Mathers family circle. Ar dheis Dé go raibh a hanam.

Mayobridge GAC deeply regrets the death of Teresa McAvoy (Nee Rafferty) formerly of Ballyvalley, aunt of our camogie coach, Dympna Tumelity and of former footballer Sean Rooney and wish to extend sincere condolences to them and to Teresa’s husband,Hugh,children, Paul,Fearghal, Bridgeen, Sinead, Gavin, Ciaran, Colm and Cathal, her brother Seamus and the extended McAvoy and Rafferty family circles. Mary Queen of the Gael pray for her.

On behalf of Mayobridge GAC and it’s members we offer sincere condolences to Killian, Paula, Jamie and Ronan McKeown on the passing of their beautiful son and little brother Kayden, and the entire family circle. Our thoughts and prayers are with the McKeown family at this very sad time